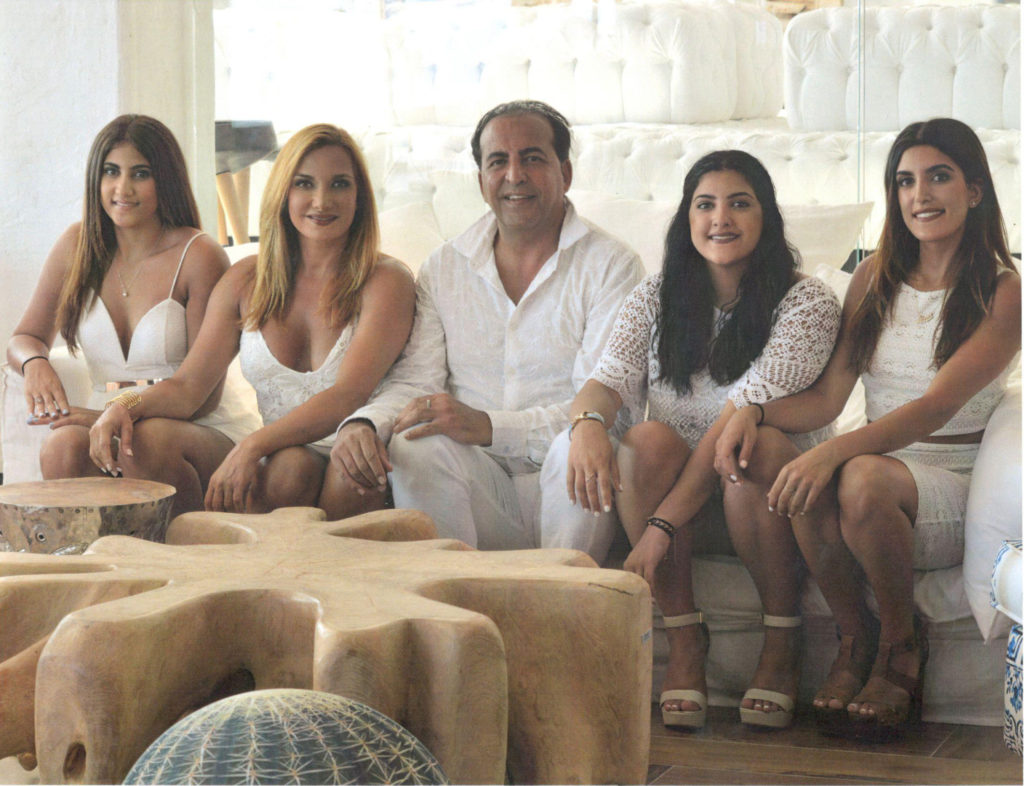 Kambiz Merabi married Arezoo Yael Javaheri on September 2, 1990, they have three children Adena, Adiela , and Daniela. His parents are Nasser Jacob Merabi and Mah-Monier Ester Cohen Merabi. He has a older brother, Nader Nissan Merabi, and a younger sister Niloufar Sharona Merabi His grandfather Mousa Moshe Cohen was a large influence in his life. Family is the main focal point of Kambiz Merabi’s life. His family has shaped his life in all aspects: business, finances, education, culture, values, and personality.

His maternal family history reaches back over 500 years to Spain when his family fled in the wake of the Spanish inquisition (1478) because they were Jewish. His paternal family history reaches back over 2500 years to Queen Ester (Hadassah) in the The Empire of Achaemenid Dynasty (550-333 BCE). The family’s business history began in Persia over two hundred and eighty years ago. In 1726, Yacob Cohen opened a Persian rug business. A century and a half later, Yacob’s company had become a Persian business empire. Over the next century, marriage partnerships to the Merabi family offspring brought real estate and oil interests to the company. Wise planning and family unity saved the family business from collapse through the economic hardship of World Wars I and II. In the 1970s, the Cohen family again banded together to keep their business holdings afloat until the political and economic storms battering the Persian oil, real estate and retail industries could pass. But the revolution in Iran in 1979 marked the end of any hope for a safe business haven there. Mousa Cohen decided to transplant the family to the United States where they could conduct business freely without persecution. Sadly, most of the family’s assets in Persia had been seized, with the exception of some cash holdings and solid business bonds built over many years. Mousa had to start from scratch but he was confident that he would be able to return the family business to its former glory by applying the principles and ideologies passed down from his forefathers

Mr. Merabi talks about his late grandfather in an interview with the Persian editor of an Iranian daily newspaper based in Los Angeles, published not long after his grandfather’s death: “He was truly the greatest inspiration of my life… he was my mentor, I was his protégé. If you talk about a person with style, generousity, loyalty, trustworthinss and true elegance, my grandfather is the one, not me. But I’ll tell you, there was no one like him. I am so grateful to God, because among all my cousins and my brother and sister I was the luckiest one to have known him so well, and worked with him so closely for so long, I miss him tremendously.”

It is our great pleasure to announce that Merabi Organization Group is currently working on a historical bid for the first US and American content 7-Star Hotel Sky-Rise on a 2.24-acre site in Downtown Los Angeles.

MOG is participating and proposing plan for the tallest building West of the Mississippi River.

The Project is titled The MOG Tower , and we will proposed 80-Story 960 feet tall Glass skyscraper Tower.

Our project is imagined with a sleek glass tower 80-story 960 feet tall structure fronting Hill. If awarded the construction will break ground February 2020, and the building grand opening will  November of 2023.

The Building Information after the acquisition .

A full build out of the project would include: