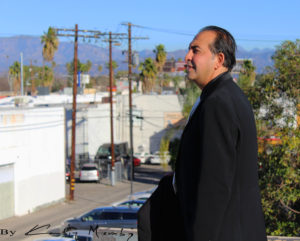 Today I call myself a Capitalist with a capital C.

In my Last year of my major in college assay I was to examines resource allocation, incentives, and wealth in fields like business management, law, and public affairs. As you can see, I was dabbling major:

Here is that assay:

Capitalism Is an economic and ideology system in which a country’s trade and industry are controlled by private owners for profit, rather than by the state, and is based on supply and demand. The primary benefit of Capitalism is that every individual has some level of control over their own fate in life. They can choose to own a business, work at a specific employer, work as a freelancer, work hard to achieve luxury or not work at all. Whatever dream they have, there is an opportunity to pursue it at some level. Capitalism is often compared to other forms of governance, especially when the benefits of capitalism are discussed. The reason is that other forms have tried — and failed — to produce the kinds of economic and social success that capitalism brings. So, capitalism isn’t just a “better” alternative to things like communism, socialism or even feudalism; it’s the “best” alternative. Here’s why.

Thanks to the benefits of capitalism, every man, woman and child has the opportunity to eat fresh, wholesome foods every day. If you have an interest in a certain diet, it is available to you. It’s a misconception that capitalists lack a social conscience and that socialism, and altruism are the only ways to guarantee social  Safety net and goodness. There are many, many companies that operate under capitalism that make significant social contributions, to improve lives of vulnerable families and individuals experiencing poverty and destitution. The Central characteristics of capitalism include capital accumulation, competitive markets, a price system, private property and the recognition of property rights, voluntary exchange and wage labor.

Socialism is an economic and political system  under which the means of production are publicly owned and controlled by people in government . One could say Basically, when communism or socialism governments, they attempt to control the economy. We end up with problems such as:

On the other hand:

Capitalism is an economic system under which the means of production are privately owned. Production and consumer prices are based on a free-market system of “supply and demand, and competition.

To a thinker like Milton Friedman or Joseph Hayek, economic freedom of capitalism is associated with political freedom. A state that limits the rights of individuals to set up a business or choose where to work will invariably face greater political interference.

Mechanism for overcoming discrimination and bringing people together

Capitalism encourages trade between different nations and different people. This economic incentive works to break down barriers and go past narrow sectarian differences. Again, the late Milton Friedman one of my great influencers said:

“The great virtue of a free-market system is that it does not care what color people are; it does not care what their religion is; it only cares whether they can produce something you want to buy. It is the most effective system we have discovered to enable people who hate one another to deal with one another and help one another.” In capitalism society Jews and Arabs do business together Indian and Pakistani the same, the point that profit motive would penalize those firms and individuals who practiced racial discrimination. I believe capitalism rises the living standards.

Capitalism has contributed to rising living standards and fall in absolute poverty.

In a capitalism society you will see and have: